FROM THE PROFILE TIMELINE OF DAN SEUM, THE FOLLOWING INFORMATION HAS BEEN MADE AVAILABLE!

SENATOR PERRY CLARK will be attending the Rally at the Rotunda and will be speaking.  This will be his last year, as he is retiring.  Let’s all show up and give him the respect he deserves for all his years of hard work for the people in Kentucky!

“Senator Perry Clark will be addressing the Rally tomorrow! Senator Clark has been working for cannabis reform in the Kentucky Legislature for Many years! Senator Clark and Gatewood Galbraith are true Pioneers! This will be Senator Clark’s last Hurrah as he is retiring. Make sure to let the senator know how much you appreciate his leadership and continued mission to end cannabis prohibition in Kentucky!” Dan Seum

“Senator Dan Seum will be coming from retirement to address the Rally Tomorrow! Senator Seum filed SB80, “Adult Responsible Use Act” during his last few years in office. Please let the senator know you appreciate his efforts.” — with Dan Malano Seum.

“House Representative Jason Nemes will be addressing the Rally Tomorrow! Representative Nemes is currently championing the Medical Cannabis legislation among his colleagues in Frankfort! Please make sure to thank Rep Nemes for his continued efforts!” “State Representative John Sims Jr will be addressing the Rally tomorrow! Representative Sims has been working with the Crawford’s and KY4MM for several years on Medical Cannabis! He co-sponsors HB136. Make sure to thank Rep Sims!”

LOOK FORWARD TO SEEING EVERYONE THERE!

AT ELECTION TIME, VOTE LIKE YOUR LIFE DEPENDS UPON IT —  BECAUSE IT DOES!

We will be discussing the progress we have made, current legislation, and what folks can do to help end the prohibition against this life-saving plant.
All advocates, and all parties, are welcomed!
If interested in speaking about your cannabis bill, or a bill you have sponsored, please PM us, or leave a comment below and we will reach out to you.
We hope to see y’all there!!
If you are a CBD store owner, cannabis farmer, cannabis processor, or you sell cannabis products in Kentucky and you plan to be at the rally, please leave a comment below so folks know to look for you.

As of today, January 22, 2020, Senator Perry Clark has introduced SB 105, “AN ACT relating to the regulation of cannabis and making an appropriation therefor”, as is posted on the Kentucky Legislature site.

To date, this is the best Bill which I have seen, as it supports all facets of Cannabis, including medicinal use for those under 21 if needed.

Here is a paragraph of the Bill:

Create various new sections of KRS Chapter 245 to define terms; to allow for possession, growth, use, processing, purchasing, transfer, and consumption of cannabis; to establish limits for transfer; to allow for purchasing and manufacture of cannabis accessories; to authorize activities and operation of retail stores, consumption establishments, cultivation facilities, cannabis testing facilities, and product manufacturing facilities; to establish possession limits; to prohibit smoking cannabis in public and to establish a fine for violation; to prohibit operation of motor vehicles while consuming cannabis and to specify that existing intoxication laws are not superseded; to prohibit state or local resources to be used to investigate violations of federal Controlled Substances Act that conflict with this KRS Chapter 245; to specify that an employer is not required to allow consumption, workplace intoxication, possession, or transfer of cannabis; to prohibit individuals under the age of 21 from entering cannabis establishments, purchasing, using, or misrepresenting their age and to provide for exceptions; to establish provisions for palliative or therapeutic use of cannabis by persons under the age of 21  LINK

The full Bill can be viewed at this link….

The people of Kentucky, all groups, all BILLS for Cannabis whether it be “Medical” or “Adult Use”, Republican, Democrat, Libertarian or Independent, are requested to join us in Frankfort Kentucky on March 11, 2020 to show our support for the effort in our State!

Please plan to be there!

AN ACT relating to medicinal marijuana and making an appropriation therefor.

AN ACT relating to the regulation of cannabis and making an appropriation therefor.

AN ACT relating to hemp and declaring an emergency.

AN ACT relating to marijuana possession.

MY RIGHT TO DECIDE

PLEASE PLAN TO JOIN ACTIVISTS, CITIZENS, REPRESENTATIVES AND OTHERS AT THE 2020 CANNABIS RALLY AT THE ROTUNDA, THIS WEDESDAY, MARCH 11TH, FROM 12:30PM UNTIL 2:00PM.

My Right To Decide and KY NORML 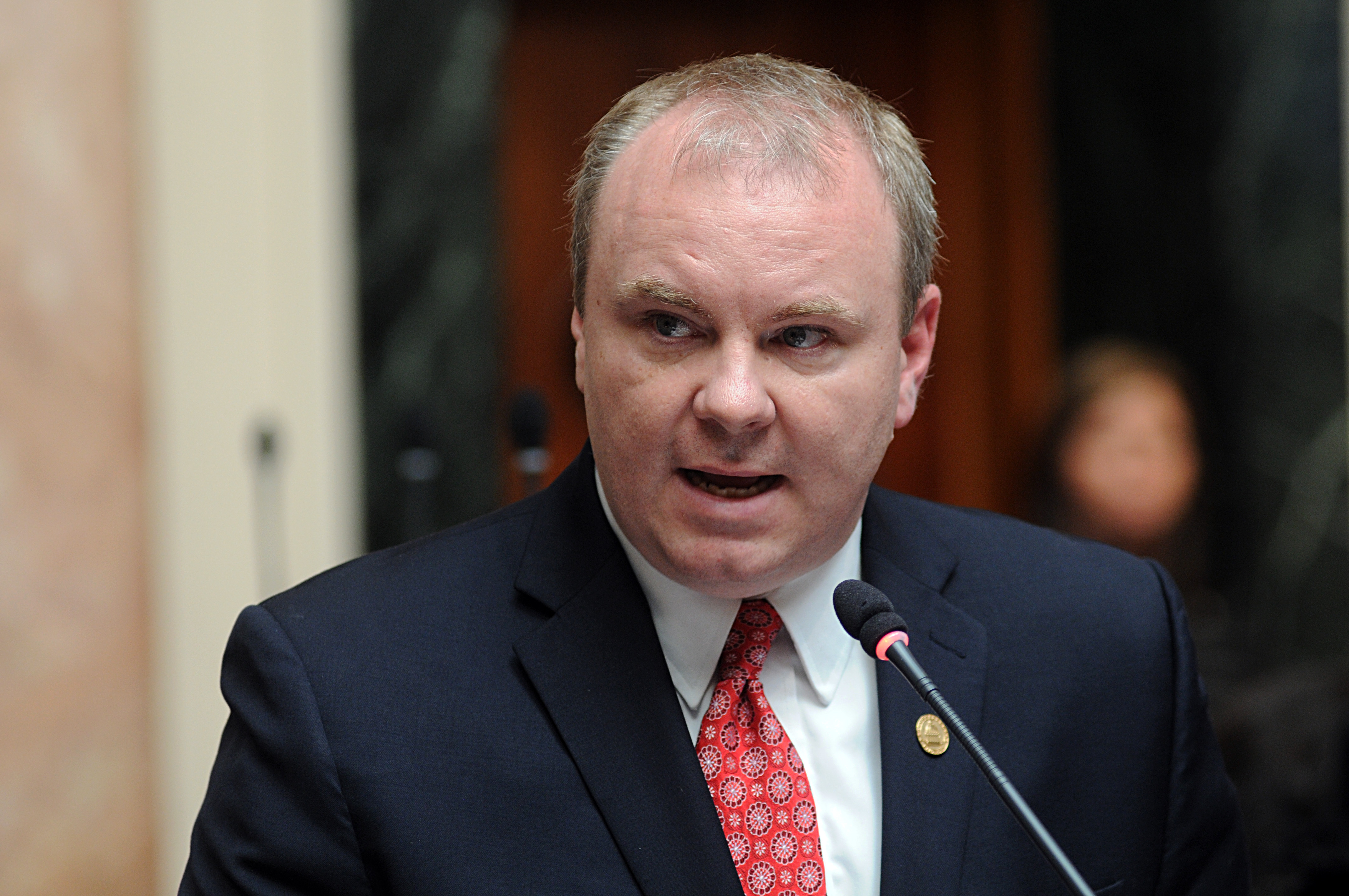 FRANKFORT— For the first time in Kentucky history, a bill to legalize medical marijuana came to a vote on the floor of the Kentucky House. Apparently the first time was a charm.

Members of the House voted 65-30 to approve the legalization of medical marijuana under House Bill 136, along with eight floor amendments to the bill. The measure now goes to the Senate for its consideration.

“HB 136 when it is passed, which I hope that it is, will be the tightest medical marijuana bill in the country,” said Rep. Jason Nemes, R-Louisville, who shares primary sponsorship of the measure with Rep. John Sims Jr., D-Flemingsburg.

Nemes said that he and Sims have spent years meeting with stakeholders to ensure that the legislation addresses their concerns.

“We’ve met with stakeholders from law enforcement, constituents, regular folks … patients, physicians, chiropractors. I mean, you name it, we’ve been there,” he said.

The bill as passed by the House would extensively clarify state policies for cultivation, processing, sale, distribution, and use of medical marijuana. Licensing of cannabis dispensaries is covered, as is maintenance of a cardholder registry for cannabis users.

Smoking of medical marijuana would be prohibited under HB 136.  The bill instead would allow the drug to be dispensed as “edibles” such as gummies, oils, or similar products.  Customers would be limited to a month’s supply at one time.

Keeping with the sponsors’ commitment to make HB 136 a public health bill and not a revenue maker, Nemes said excise taxes and all other revenue created by the bill would go to regulation of the program and nothing else. Additionally, local governments would have the last say in whether medical marijuana businesses operate within their jurisdiction.

Among those House members voting against the proposal was former Kentucky State Trooper and current pastor Rep. Chris Fugate, R-Chavies. He cited the fact that marijuana remains a federally controlled substance that isn’t regulated by the Food and Drug Administration as a reason for his vote.

“Marijuana, no matter how we look at it, is against federal law” and joins heroin, LSD, and ectasy as a Schedule I narcotic, said Fugate. It is also a “gateway drug,” he said, referring to drugs that are believed by some to lead to abuse of more dangerous drugs later on.

Voting is support of the bill was Rep. Robert Goforth, R-East Bernstadt. The licensed pharmacist said he supports the bill on behalf of individuals like his adult brother diagnosed years ago with cerebral palsy.

Goforth said he sees his brother suffer on a regular basis from “adverse side effects” caused by FDA-approved anticonvulsants and other drugs.

“If I can give him a little bit of relief from the FDA-approved medication that has caused those adverse side effects for him, to control those conditions, I’m going to do it. I have to do it,” he said.

Today, Kentucky’s House Judiciary Committee voted 17-1 to pass HB 136, a bill that would legalize cannabis for medical use. Next the bill will proceed to the full House, where it is expected to receive a vote soon.

Please write your legislators today and urge them to pass this compassionate legislation!

Fifty-one of Kentucky’s 100 state representatives are cosponsors of HB 136, and Gov. Andy Beshear has indicated that he strongly supports medical cannabis.

However, some Senate leaders remain opposed, so the challenge for advocates will be getting a bill through both chambers of the legislature and to the governor’s desk.

It’s critical that legislators hear from their constituents who support medical cannabis. After you write your legislators, please share this message with your friends and family.

PLEASE BE ADVISED THAT HB136 IS A NON SMOKABLE NON GROWABLE BILL!  IT IS STRICTLY FOR MEDICAL CONSUMPTION ONLY!

“to prohibit smoking of medicinal marijuana;”

“to exempt certain records and information from the disclosure under the Kentucky Open Records Act;”

“to permit an employer to restrict the possession and use of medicinal marijuana by an employee;”

Sen. Perry Clark introduced SB105 on January 22, 2020 which DOES include adult use, small amounts of growing for personal use as well. Please view the Bill at this link!

“to allow for possession, growth, use, processing, purchasing, transfer, and consumption of cannabis;”

“to establish provisions for personal cultivation;”

“to establish provisions for palliative or therapeutic use of cannabis by persons under the age of 21;”

Six (6) Bills have been filed pertaining to cannabis thus far! One (1) more on the way! Simply Unheard of 8 years ago! Thanks to the Pioneers, Gatewood Galbraith, Senator Perry Clark, Senator Dan Seum, And All Advocates!

Please Get Involved This Session!

KENTUCKY CANNABIS RALLY AT THE ROTUNDA IN FRANKFORT!